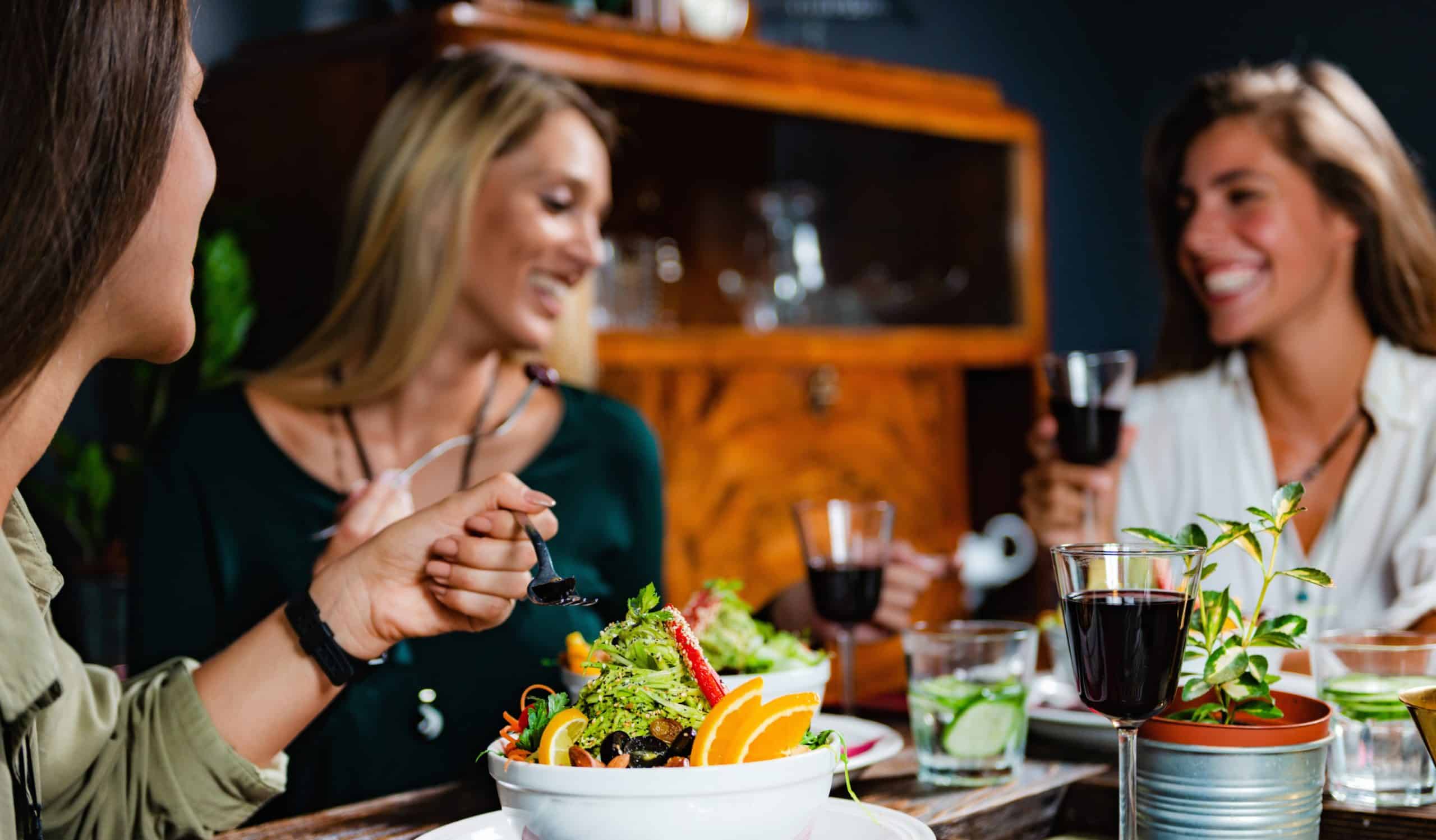 The world is not merely divided into two groups – meat-eaters and vegetarians – but when you listen to the debate between these groups, you will likely notice just how passionate each one is. But this discussion will focus on what is more natural for the human body – meat-eating or following vegetarianism, and which is the healthier option between the two.

Analyzing the anatomy of the human body shows that humans are not designed to eat meat because we don’t have teeth that can rip through flesh or short enough guts. However, our teeth are also not intended just to eat plants and our stomachs are not as extended as the herbivores.

It seems, though, that human bodies can process both plants and meat just like how pandas have killer canines but survive only on a diet of bamboo. While humans have faculties that make us seem different and superior to other animals, our guts are quite ordinary.

Experts compared our internal tubing to that of apes and monkeys, which eat mostly plants with such as fruits, nuts, and leaves with insects and flesh snacks on a few occasions.

From an evolutionary perspective then, humans don’t necessarily have to follow strict vegetarianism because guts similar to ours can handle a bit of meat.

Role Of Meat-Eating In How Humans Have Evolved

There have been many theories about how humans came to eat meat. One was about how humans’ larger brain requires more metabolic energy; hence guts were cut short to store some of this energy.

However, a shorter gut also meant that the human diet should be of higher quality to provide the nutrients the human brain needs. This is when meat-eating entered the picture. This theory, though, has not gained widespread support among experts.

Some researchers have a theory that animal hunting led to the humans’ ability to stand on two feet, the ability to communicate using a language, and the need to develop complex societies.

But so many changes have happened since then. Even with evolution, it does not mean that humans can’t go back just because our bodies have adapted.

For instance, animals used to be lactose intolerant because their adult bodies stop producing lactase, which is needed to break down milk’s lactose.

However, evolution happened and more people have started producing lactase even if they have long stopped drinking breastmilk. Even if our bodies have adapted to not drinking milk, many of us still do now.

This goes to show that while humans have adapted to eating meat, it doesn’t mean that we cannot go back to our days following a vegetarianism lifestyle. We can still eat more of a plant-based diet with meat if the latter proves to be beneficial.

How Is Eating Meat Beneficial To Humans As Opposed To Vegetarianism?

Medically speaking, it is right to adopt the thinking that we should only eat meat if it is good for our health. Over the years, many studies have confirmed the health benefits of vegetarianism and the risks of eating too much meat. Vegetarian diets are linked to the reduced risk of hypertension, diabetes, metabolic syndrome, cancer, and childhood obesity.

Meat might be good sources of vitamin B12, protein, and iron but your non-meat sources of these nutrients are now easily accessible as well. You can find protein in beans and nuts and vitamin B12 in eggs, cheese, milk, and fortified foods. The same goes for iron, which you can find in grains, veggies, nuts, and legumes.

So, you should ask more about how much meat is safe to consume. The answer to this, though, is unclear.

What’s clear is that there might not be much of a health issue if you eat fish and white meat. The health problem might come from eating processed and red meats, especially when they are cured, smoked, or salted.

Humans have been eating meat for a long time, but a healthy diet these days is more about eating as minimal meat as possible. You’ve probably read about the benefits of vegetarianism, so now you know that eating meat is nor nutritionally necessary for humans.